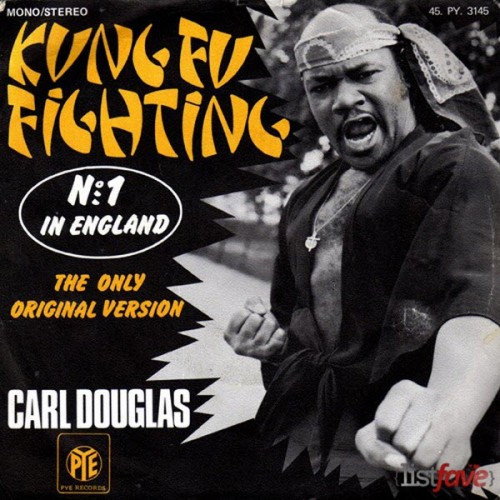 Carl Douglas is a Jamaican singer, who is best known for “Kung Fu Fighting”. The song peaked in UK Singles Chart and US Billboard Hot 100 in 1974. Douglas was the first Jamaican singer to reach number one position on US charts. Douglas grew up in the UK and US; and went to study audio engineering. In 1964, he formed the “Big Stampede”, which released a couple of singles in the UK.

Douglas had some interest with eastern martial arts, such as judo and kung fu. His 1973’s song, “Kung Fu Fighting” was a huge hit, with 500,000 copies sold in UK and 1 million in the US. Today, “Kung Fu Fighting” is considered one of the best club songs of all time.
He continued by releasing “Love, Peace and Happiness” (1979) and “Keep Pleasing Me” (1983)” with limited success.