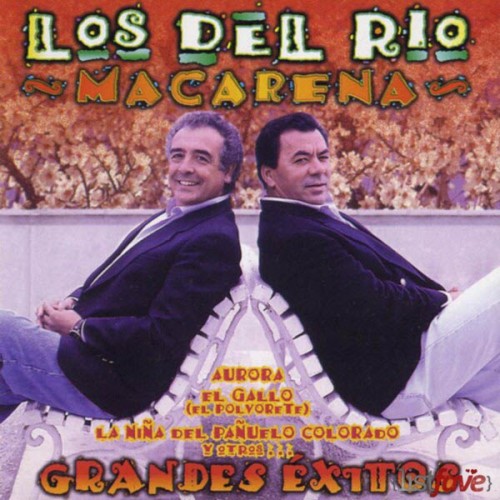 Los Del Rio was a Spanish Latin-pop duo, which was formed in 1992. The group was known for the hot dance and smash-hit single, “Macarena”, which was released in 1994. It became a huge in the US and many Spanish-language nations, followed by the rest of the world. A few remixes of the song were also released, which extended the popularity of the song. Two years later, the single “Tengo, Tengo” was not received by the music industry with similar fanfare. Due to their significant success, a municipal music hall was built and named after the group in the Dos Hermanas, their native town. Los Del Rio broke up in mid-2007.