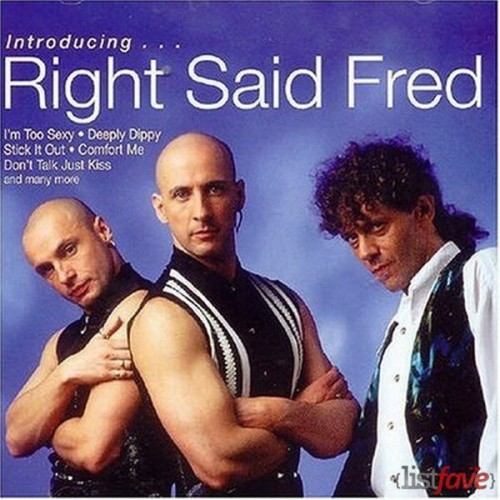 Right Said Fred is a British band and the name is taken from a Bernard Cribbins’ song released in 1962. Brother Fred Fairbrass and Richard Fairbrass established the group in 1989. Their best known song was “I’m Too Sexy” (1991), which was an attempt to mock male models and it became an international hit after entering the US list.

Right Said Fred, released their second album, “Sex and Travel” (1993), which received less attention. Unfortunately, their third album “Smashing” failed to attract public attention and the group moved to Germany to work with U96. Their “You’re My Mate” (2002) song was very successful in Austria and Switzerland; but to date, the groups still fails to repeat their past worldwide success.