Countless people were missing throughout history and many left no evidence of their whereabouts. These are some notable disappearances that captured public attention and some continue to be famous, long after they occur: 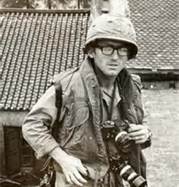 Two journalists, Sean Flynn and Dana Stone disappeared on April 1970, while traveling by motorcycles in Cambodia. They were captured by a group of communist guerilla and never heard from again. It has been suggested that they were held in captive for more than one year and executed by Khmer Rouge around June, 1971. Flynn’s mother devoted plenty of time, money and effort searching for her son without result. She finally had him legally declared dead in 1984.

3 Mins read
The world was rocked by the 9/11 terrorist attack on the twin towers in New York City. Since then, the world was…