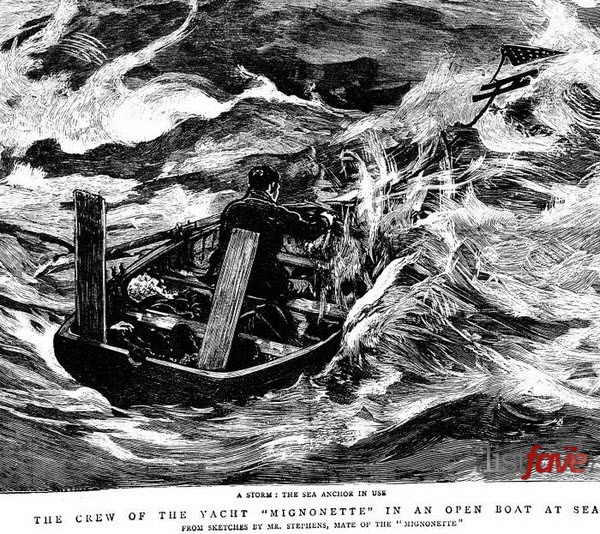 In 1884, a small English leisure yacht Mignonette sank during a long voyage from Southampton, UK to Sydney, Australia. A team of four crewmen abandoned the ship using a flimsy lifeboat. After ten days on the sea, they drew lot and an inexperienced seaman, Richard Parker, 17, was killed to feed the other three men.
In 1838, the legendary thriller writer, Edgar Allan Poe predicted the grim event in “The Narrative of Arthur Gordon Pym of Nantucket”, which tells the story of a fictional young sailor, Richard Parker, who was murdered to feed other seamen.