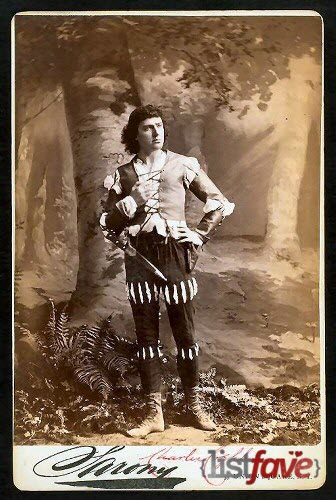 Charles Francis Coghlan was a Canadian actor who had a trip to Galveston, Texas in 1899 to participate in a play. In Galveston, he died of heart attack and it was impossible to transport his body 3,500 miles away to Prince Edward Island, his birthplace. Coghlan was cremated and buried in a local graveyard. One year later, a fierce hurricane struck Galveston and devastated the graveyard and carried some coffins into the Gulf of Mexico. Eight years later, a fisherman found Coghlan’s coffin near the Prince Edward Island and he was finally interred in his church.

3 Mins read
6. Giant Isopod These are crustaceans that look very similar to the woodlouse. They are abundant in the cold, dark waters of…
Bizarre

3 Mins read
6. Bran Castle in Transylvania, Romania This is famously known as Dracula’s castle. Vlad the Impaler was known for all sorts of…
Bizarre

4 Mins read
6. The Cop and the Underwear A traffic cop Macrida Patterson aged 52 sued the brand Victoria’s Secret for its underwear that…