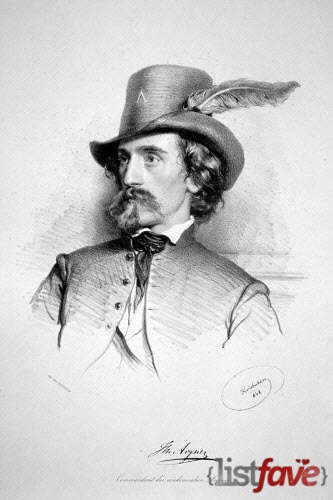 Joseph Aigner was a famous Austrian portrait painter in 19th century who had stranger encounters with an unknown monk. Aigner was quite an unhappy fellow with bouts of suicidal depression. His first suicide attempt was at the age of 18, which was interrupted by an unknown Capuchin monk. By strange coincidences, his subsequent suicide attempts at age 22 and 30 was intervened by the same monk. After a successful suicide attempt at age 68, his funeral procession was led by…you guessed it, the same mysterious monk.