The 4th of July Curse 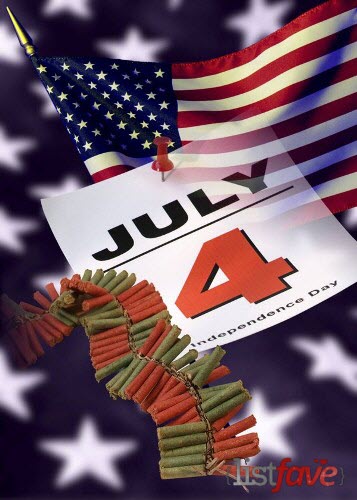 Fourth of July is definitely a big thing in the US and it is often associated with a number of strange coincidences. Three of United States’ first five presidents died in July fourth; Thomas Jefferson and John Adams in July 4, 1826 and James Monroe on July 4, 1831.
July 4, 1863 is currently considered as a pivotal day in the Civil War, it was the end of the Battle of Gettysburg, Confederate’s high water mark, and in a completely different battle, a Union general and future president; Ulysses S Grant captured Vicksburg after a long campaign.