Any woman, including female celebrities wants to be seen as irresistible by the general public. They want people to get all over them, but Mother Nature may want otherwise. Female celebrities in this list may not be the most attractive, but they managed to gain the celebrity status through various means. 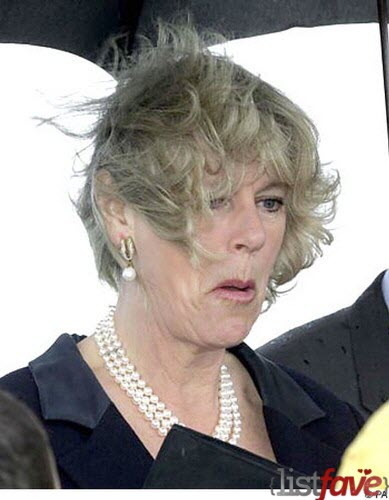 Camilla Parker Bowles is the second wife of Charles, the Prince of Wales. Although she is legally the Princess of Wales, Camilla was given the title Duchess of Rothesay in Scotland and Duchess of Cornwall elsewhere. She was an avid fox hunter until the Hunting Act 2004 banned the activity. She is also a skilled horse rider and unfortunately some people compare her to a horse.