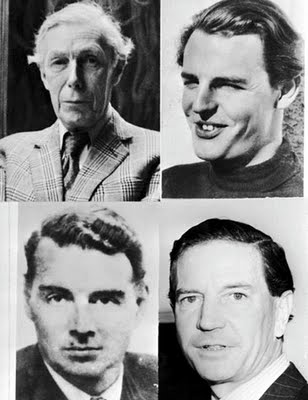 Cambridge Five was a group of former Cambridge students who spied for the Soviet Union, with the following members; codename: Johnson (Anthony Blunt), codename: Stanley (Kim Philby), codename: Liszt (John Cairncross), codename: Hicks (Guy Burgess) and codename: homer (Donald McLean). Blunt, Maclean, Burgess and Philby were lured to communism ideas when they studied at the Cambridge University during the 1930’s. They were recruited directly by the KGB, while Cairncross was recruited by Burgess later.

Cambridge Five was active during World War 2 by infiltrating British embassies and intelligence agencies. Burgess, Philby and McLean defected to the USSR and the rest were arrested by the British authorities.

4 Mins read
5. Edwin Armstrong Edwin Howard Armstrong was an American inventor and electrical engineer, who graduated from the Columbia University. He invented an…
People & Politics

4 Mins read
5. Franklin Lymon Franklin Joseph Lymon was an American singer and the leader of The Teenager, one of early Rock & Roll…