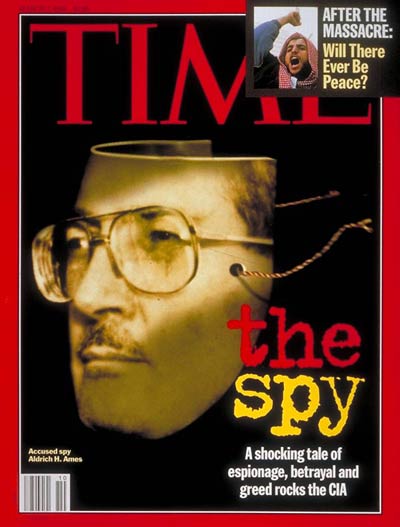 Aldrich Hazen Ames was a counter-intelligence officer of the CIA and worked for the USSR from 1985 until its dissolution in 1991. Ames was arrested and tried three years later in 1994. He had extensive access on information of CIA operations within the USSR territory, which allowed KGB to launch extensive counter-intelligence operations and led to the summary execution of ten CIA’s agents hidden behind the Iron Curtain.

Ames obtained more than $4.5 million for his services, allowing him to maintain a lifestyle far beyond a CIA employee can afford. He owned a large house at the suburb of Washington DC and also a Jaguar sports car. Ames never had any ideological affinity with communism and he was simply a greedy capitalist, who was interested only in getting more cash.