Many people with physical disorders and deformities had nowhere to go. With virtually no opportunity to make a living like normal people, they end up in various sideshows and circuses. 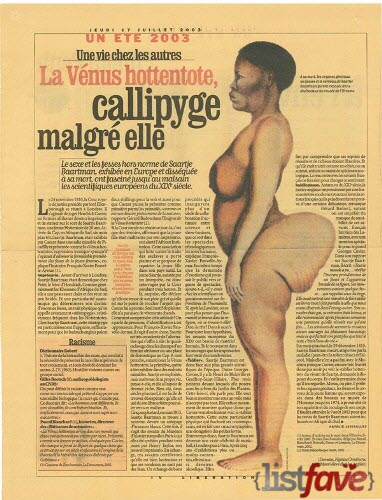 With her elongated labia and very large buttock, common on some Khoi-san women, Baartman was exhibited around London. Based on medical examination of that time, Khoi-San women had enlarged labia minora that may hang up to four inches when they stood. Obviously, she was never allowed to openly exhibit this trait and several accounts of her appearance made it quite clear that she wore some kind of garment.
She died on 1815 of an inflammatory disease, perhaps smallpox and now becomes an icon in South Africa. A center is established using her name in 1999 for survivors of domestic violence.