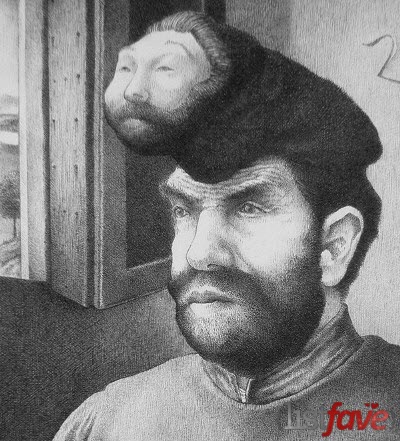 Known as The Two-Headed Mexican, Pasqual Pinon was a popular performer in early 20th century. Pinon was discovered by a sideshow promoter when he worked on railroad at Texas. On top of his head, Pinon had a huge benign cyst and sideshow staff put a fake face made of wax onto it. After touring for several years and collecting enough money, Pinon had the growth removed and he went back to Texas.