Death is an avoidable part of everyone’s life. It is the cessation of the connection between our physical body and mind. Our body is just a guesthouse and eventually, our subtle consciousness leaves it. Many people died peacefully, while others departed in the strangest circumstances. These are ten most bizarre deaths that occurred before 1 AD: 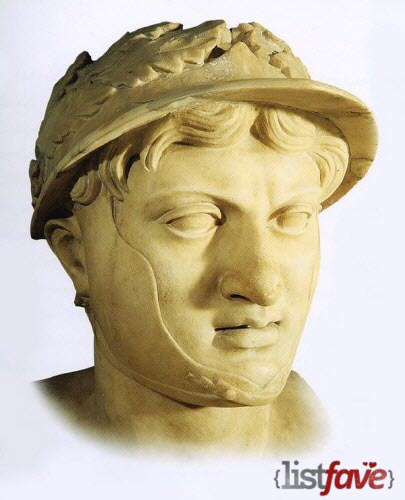 Phyrrhus was a 4th century BC statesman and general of the Hellenistic era, who later became the king of Macedon and Epirus. Phyrrhus was a staunch opponent of the fledgling Rome. Some of his battles with early Rome were successful but they cost him heavily and the term “pyrrhic victory” was coined from his costly battles.

In 272 BC, a claimant to the throne of Sparta asked Phyrrhus to assist him in regaining control of the city-state. During his effort to assault Sparta, Phyrrhus army became embroiled in a confusing urban battle in the city of Argos. During the struggle, a local old woman watched spotted Phyrrhus from above the rooftop and threw a tile on him. The stunned Phyrrhus was immediately beheaded by an Argive soldier.