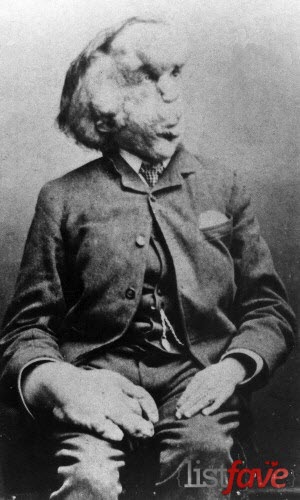 Joseph Merrick grew extremely large limbs and his face became badly deformed when he was only five years old. In 1884, he joined a sideshow attraction and earned a large sum of money. When Merrick was finally admitted into a hospital, he had the opportunity to receive more thorough examination. Doctors discovered that he became crippled by his deformities and his physical condition continued to deteriorate. Over the next few months under the care of hospital staff, his general health improved. Unfortunately, he already suffered from a chronic heart condition and at the age of 27, Merrick died while he slept from suffocation.