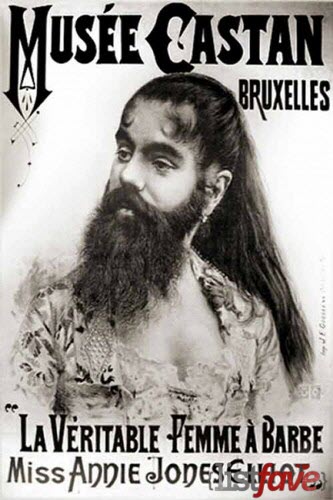 Annie Jones toured with the famous showman, P.T. Barnum as an American bearded woman. It is still unconfirmed whether his condition was a case of hirsutism or other genetic conditions. Annie joined sideshow when she was only 9 months and her parents received $150 each week. By the age of five, she was known as the “Bearded Girl” due to her sideburns and mustache. Later during adulthood, Jones acts as a spokesperson for Barnum’s “Freaks” and she had the opportunity to tour in Russia. Annie Jones died of tuberculosis in 1902.