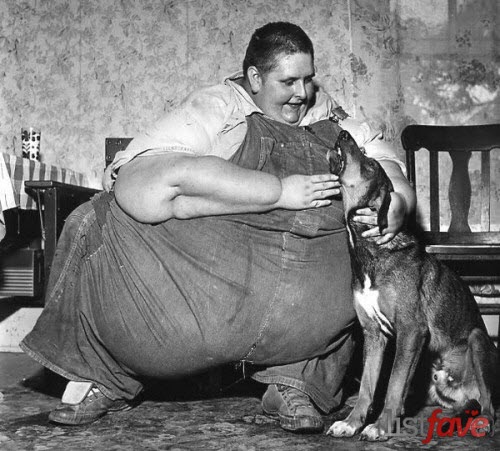 Likely due to abnormal pituitary gland, Robert Earl Hughes was known during his lifetime as the heaviest human ever known. He weighed more than on a thousand pounds (486 kilograms) and his chest was measured at slightly more than 3 meters. Already weighed 200lbs at the age six and 380lbs at ten; Hughes weighed more than 500 kilograms when he died. During his adulthood, Hughes made various guest appearances at fairs and unfortunately, contracted a form of measles on 1958. The disease eventually developed into uremia and he died at the age 32.

3 Mins read
2. Axolotl This little Mexican salamander is closely related to the tiger salamander. However, the young of this species don’t undergo metamorphosis…
Bizarre

4 Mins read
2. Uncommon Common Sense This was a bizarre lawsuit against McDonald’s where the plaintiff, a 79 year old lady filed a complaint…