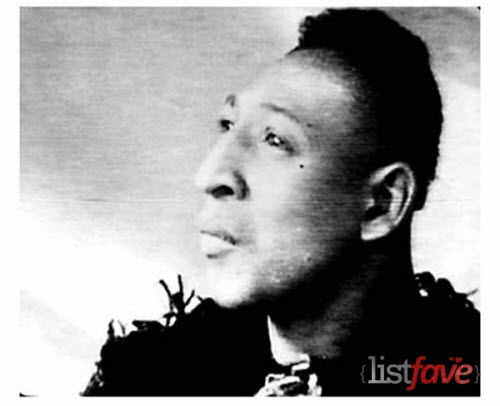 William H. Johnson a.k.a. Zip the Pinhead was a microcephalics and widely publicized as a “missing link” from Africa who subsisted from wild fruit, nuts and raw meats, but already learning to eat a more civilized fare like cake and bread. He screeched and rattled the bars, an act that contributed to the success of P.T. Barnum’s freak show venture. In his 67 years of act in entertainment business, it is estimated that Zip was exhibited to more than 100 million people. His funeral in 1926 was again made as a publicity stunt with various sideshow acts.