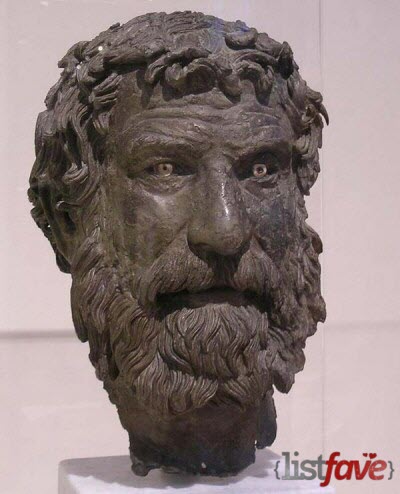 Philitas or Philetas was a Greek poet and scholar during the 3rd century BC. He was a pioneer in the study of words and in his work, “Disorderly Words”, Philitas described the meaning of elusive and difficult words used by Homer. Athenaeus caricatured Philitas as a scholar so dedicated to his studies that he was getting thin and very frail. His poems were widely respected by later ancient scholars and poets, but unfortunately most of have since been lost. When Philitas studied particularly difficult erroneous words and false arguments, he became so consumed by the task that he starved to death.