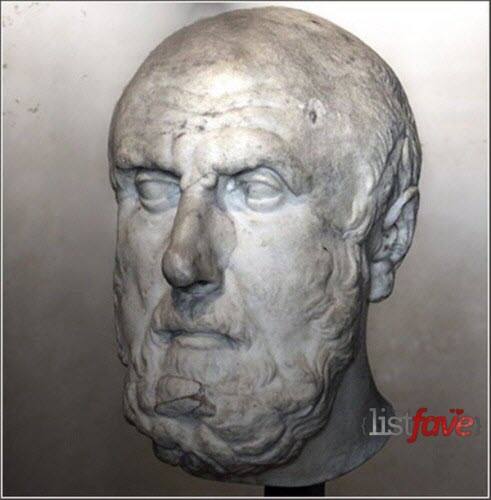 Chrysippus of Soli was a prolific writer who excelled in physics, ethics, the theory of knowledge and particularly logic. His propositional logic system was established to better understand the inner working of universe and the role of humanity. Although, he is a proponent for personal freedom in actions and thoughts, Chrysippus believed on a deterministic view of fate. He died in a bizarre circumstance at the age of 73. An account said that he died in a wild fit laughter when watching a donkey ate some figs and suggesting that the donkey should be given some wine to wash the figs down.

3 Mins read
3. Paris Catacombs in Paris, France For 30 years the residents of Paris placed their dead in this maze of tunnels and…
Bizarre

4 Mins read
3. False Advertising The producers of Budweiser, Anheuser-Busch didn’t know that the ads they were featuring for their beer could them in…