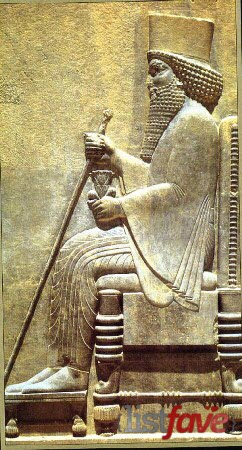 Cambyses II was the king of Achaemenid Empire and the son of Cyrus the Great. According to many ancient historians, a man posing as Bardiya, his sibling, seized the throne. Cambyses II attempted to regain the throne but eventually died of a controversial circumstance. Ctesias wrote that Cambyses stabbed himself accidentally in the thigh with a piece wood. The mortification of the wound and the gangrene of the bone led to his death 11 days later. According to other story, the tip his scabbard broke and he accidentally thrust the sword into his thigh while mounting a horse.