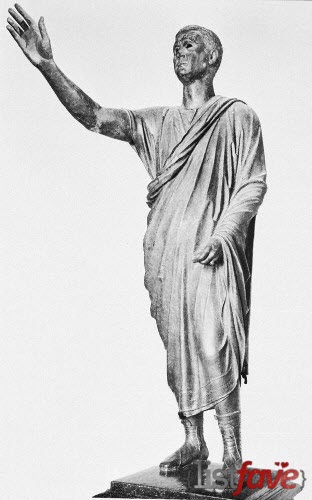 Draco was an important early legislator in Athens. He established a court-enforced written code to replace the prevailing blood feud and oral law system. He was known for an unforgiving set of laws or rules and the term “draconian” was coined from his name. Draco probably came from Attica deme, a group of Greek nobility and almost nothing else is currently known about his life. A folkloric story accounts his unusual death in the Aeginetan Theater. After giving a speech, his supporters gave a sign of approval in ancient Greek tradition by throwing cloaks, shirts and hats. Unfortunately, the eager crowd threw so many things on him, that Draco was buried and suffocated.