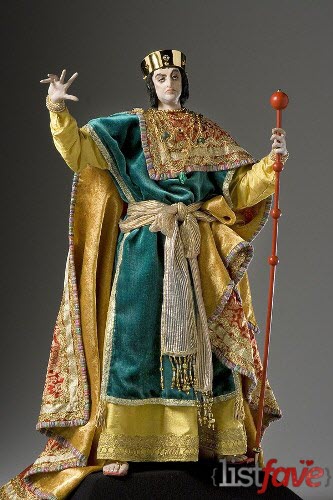 Herod was a Roman client king, who ruled the Jewish land of Judea in the 1st century BC. He is known for the expansion of the second Temple of Jerusalem and other colossal building projects inside the city. On 4 BC, at the age of 70, he suffered a bizarre disease, sometimes called as “Herod’s Evil”. The illness was indicated by intense rashes, fever, colon pains, inflamed abdomen, convulsion, breathing difficulty and putrefaction of genitals.

However, current medical experts suggest that he had chronic kidney disease and Fournier’s gangrene. The putrefied genitals and the appearance of worms could be scabies at an advanced stage.