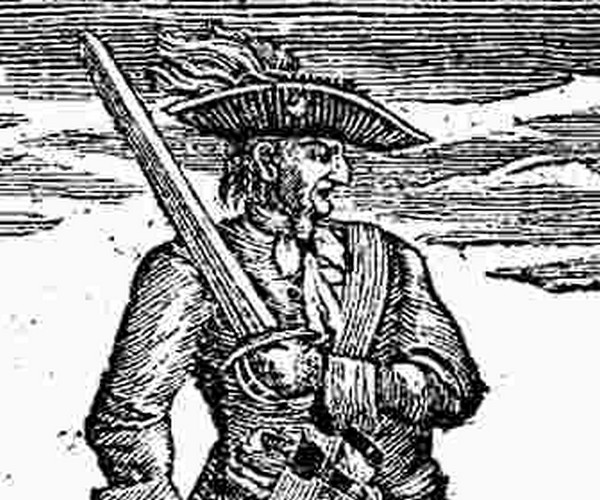 Jack Rackham was an 18th century pirate from Bristol, England and got his name from the calico he wore. Among Rackham’s crews were two women, Mary Read and Anne Bonny, with whom he had two children. After seizing a ship from Charles Vane, he cruised around the Caribbean. After pardoned by the British authority in 1719, for past acts; he returned to piracy in 1720 and captured a British sloop. In a few months, he was captured by Jonathan Barnet, a pirate hunter and Rackham was hanged in November, 1720.