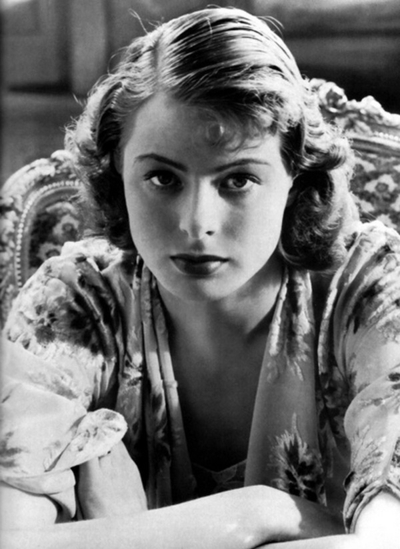 Ingrid Bergman was a Swedish actress. She was the first female actress to won three Oscars, which was matched by Merryl Streep in 2012 and surpassed by Katherine Hepburn with four Oscars. Ingrid also the first winner of the Tony and she received five Golden Globes. Along with Audrey Hepburn and Bette Davis, Ingrid was considered one of the most important stars in the US classic film industry. She was also considered as one of the most international movie stars, having acted in TV, theater and film in eight different countries.