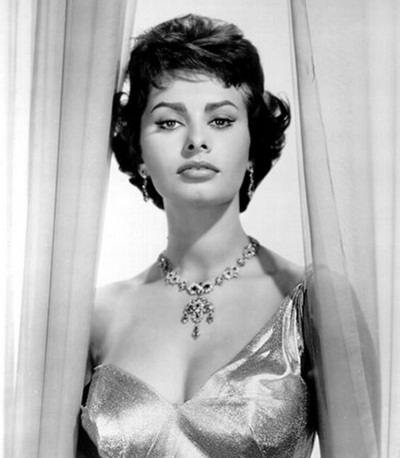 Sofia Villani Scicolone or Sophia Loren is an Italian actress. Sophia’s career began in 1950’s when Carlo Ponti, later her husband, discovered her talent. She has since appeared in numerous films, including some critically acclaimed ones, such as El Cid, Cheyenne Have Gun and Two Women, which won 22 awards, including an Oscar for her.

Sophia Loren has mythical reputation in the 20th century movie industry. The American Film Institute named her one of the most important actresses of all time and she is still now one of the last surviving legends. During her long career, Sophia won 50 international awards (including 2 Oscars), several Golden Globes and a BAFTA nomination.