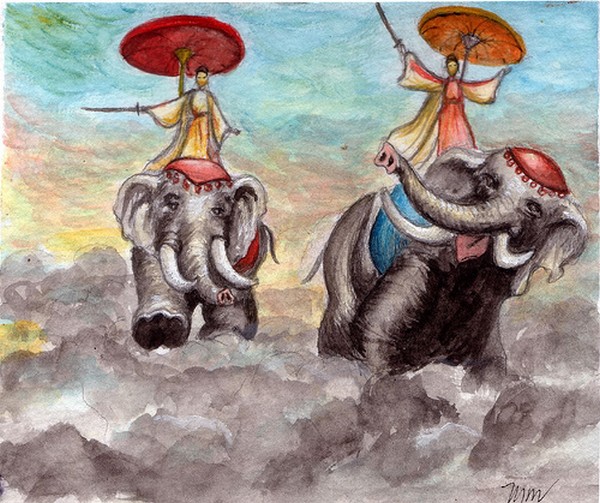 Trung sisters of Hai Ba Trung were female rebel leaders during a struggle against Chinese occupiers and currently considered as national heroines in Vietnam. Trung Trac and Trung Nhi are often depicted as two female warriors who ride two large war elephant, while leading their army against the Chinese. Female leaders in Vietnam were common during that period and it may indicate a matriarchal society, where women had no problem assuming top leadership positions.