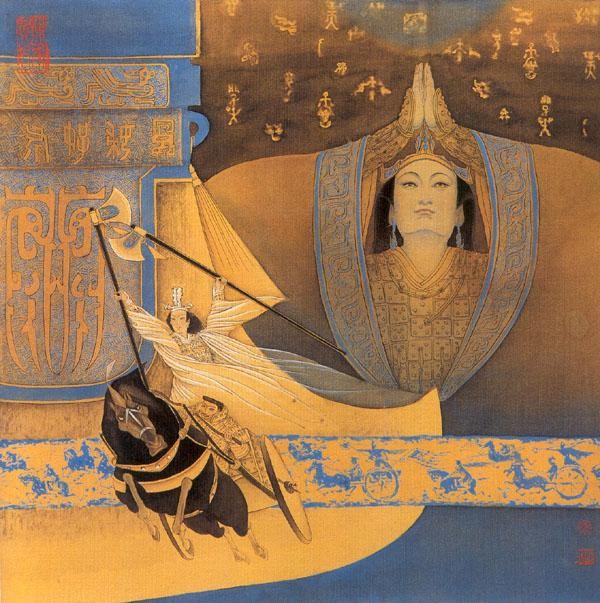 Fu Hao or Mu Xon was a concubine of the King Wu Ding, who also served as a general. When her tomb was found at Yinxu, archeologists found inscriptions that she led many military campaigns. The Tu people were bitter enemies of the Shang dynasty for many generations and Fu Hao could defeat them completely in a single battle. She led further campaigns against the neighboring Ba, Qiang and Yi states. With more than 13,000 soldiers, in 1200 BC, she was China’s greatest military leader of the era.