Crime is typically a matter of choice and criminals often use hidden reasons disguised as excuses to back up criminal acts. Misguided motivations of these individuals often have serious impactson people around them. The presence of a partner in crime can significantly reinforce the urge to commit criminal behavior, especially if they have similar goals and interests: These are ten crime couples that have shocked the society during their era: 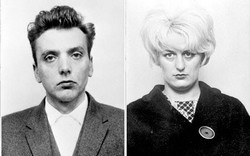 The Moor Murders was a well-known criminal case in UK during the 1960’s carried out by Myra Hindley and Ian Brady. They murdered 5 children and teenagers (Pauline Reade, John Kilbridge, Keith Bennett, Lesley Ann Downey and Edward Evans) in Saddleworth Moor, Greater Manchester
Because of her gender, Hindley faced more public outrage than Brady. Many even assumed the she was the devil incarnate. The couple showed cool responses when a tape recording of one of the tortures was played. Hindley insisted on her innocence and subsequent confessions to secure her release only make her a figure of hate.