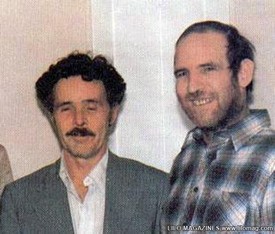 Henry Lucas and Ottis Toole were serial killers who were convicted for 11 murder cases. During the investigation, Luca confessed that they were involved in 600 murders, however, the ridiculously high number of victims have been challenged by court and law enforcement officials.
Both targeted random victims of all genders, races and ages through bludgeoning, strangling, stabbing and shooting. The lack of identifiable patterns prevented the authority to quickly identify and track Lucas and Toole. They were originally sentenced to death penalty but commuted to life imprisonment by the then Governor George W. Bush.

3 Mins read
5. Glenn Miller Alton Glenn Miller was a popular swing musician in the 1940’s. Like many celebrities during the war, Miller regularly…