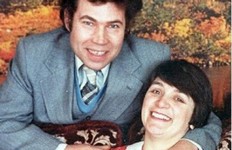 Rosemary and Fred West were British serial killers couple and convicted for the murder of at least eleven young women in Gloucestershire. While Fred was serving a prison sentence for theft, Rosemary murdered Charmaine, Fred’s stepdaughter. The majority of the offenses occurred in the mid and late 1970’s. Fred was found dead, hanged with knotted bed sheet while awaiting trial. Rosemary West is still serving her time in prison at HMP Low Newton, Brasside, Durham. The main crime scene; the house they lived in was demolished and now becomes a landscaped footpath.

3 Mins read
3. Anastasia Romanov While many historians and experts believe that she was killed during the October Revolution in 1917, a few women…