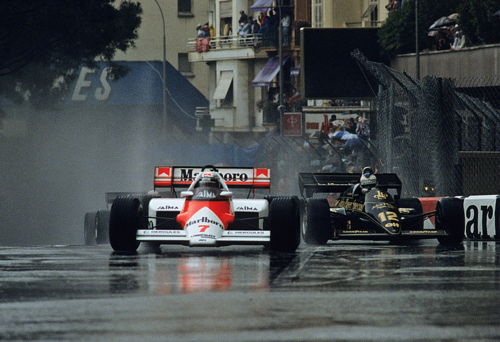 On a wet day in Monaco we saw the emergence of at least two new racing stars. Alain Prost, who was on pole, lead the race until lap nine where he was overtaken by Nigel Mansell. Prost regained the lead but coming up behind him was Ayrton Senna in the uncompetitive Toleman. This was Senna’s first ever street race but he was certainly proving what he could do in the wet conditions.

Prost was waving for the race to be called off due to the weather from lap 29 until 32 when it stopped. Senna passed him just before the finish line but the rules in this situation state the drivers’ positions are calculated on the last full lap they completed. This means that Prost had won with Senna coming in second. This was the start of one of the greatest Formula One rivalries.