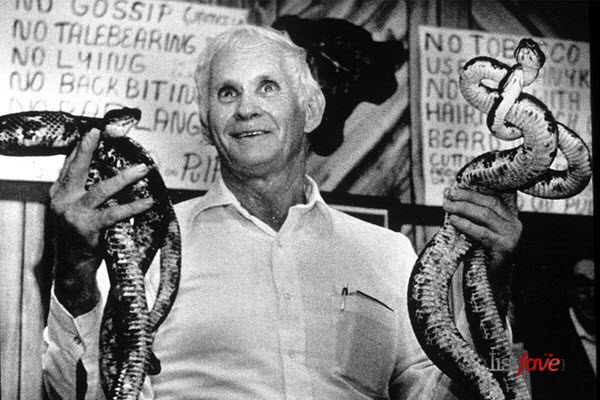 George Went Hensley was an American Pentecostal minister and a snake handler. During a sermon in July 1955, Hensley wrapped a venomous snake around his neck. When he returned the snake into the cage, he got bitten in the wrist. Visibly ill and experienced a great deal of pain; he continued preaching, even after he suffered hematemesis and a discolored arm. He refused medical attention and died the next morning. After his death, some of the congregants continue to handle snakes. The authority ruled the incident as suicide.