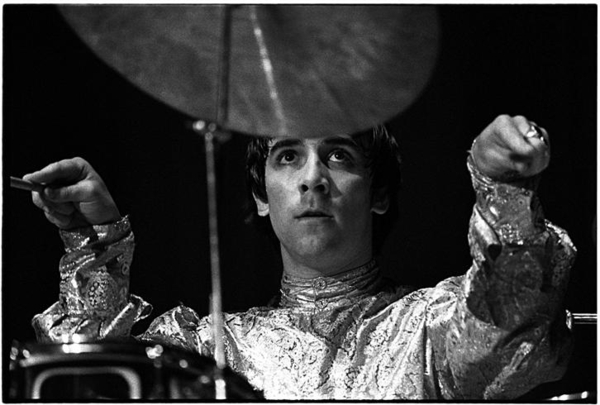 Keith John Moon is drummer from London, England, who played for The Who. His innovative and exuberant way of playing coupled with destructive and eccentric behaviors earned him the nickname “Moon the Loon”. Critics often cited him as one of the greatest drummers in rock music. Moon’s lunatic’s manic side, indulgence and excessive drinking, perhaps represented the zany side of early rock industry. In his book, Dave March ranked Moon at #1 position in The 50 Greatest Rock N’ Roll Drummers list. Similarly, Rolling Stone put him at no. 2 in the 2011 poll for The Best Drummers of All Time. Moon influenced many drummers such as Neil Peart, Dave Grohl, Peter Criss, Tommy Lee and Brad Wilk.