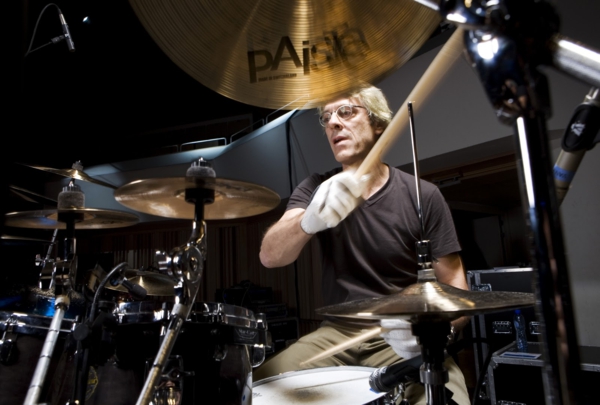 Stewart Armstrong Copeland is an American drummer who played for The Police. After the group breaks, he played for other bands and composed for a few films, such as Francis Ford Coppola’s Rusty James. Copeland is known for energetic, precise, reggae-influenced and Lebanese-influenced playing style. His playing produce distinctive sounds with hard, high-pitched cracks on the snare. To keep with the beat with many of The Police’s tracks, he usually engaged only hi-hat with the bass drum. Copeland is also a master of syncopated beat and his unique approaches consolidate him as an influential drummer.