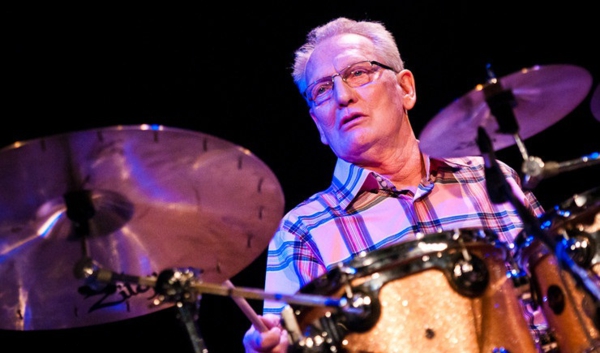 Peter Edward “Ginger” Baker is a drummer from Lewisham, London, UK, who is best known for his work with the band Cream. He occasionally used African-influences in his playing style and while he performed in a similar way to Keith Moon, Baker’s playing style is much more restrained. In his early career as drummer, he frequently performed lengthy drum solos and Baker is widely known for the five-minute drum solo, “Toad”, in Cream’s debut album “Fresh Cream” (1966). His solos often incorporated heavy thunderous sounds, which were produced when both sticks strikes the drumhead forcefully at the same time.