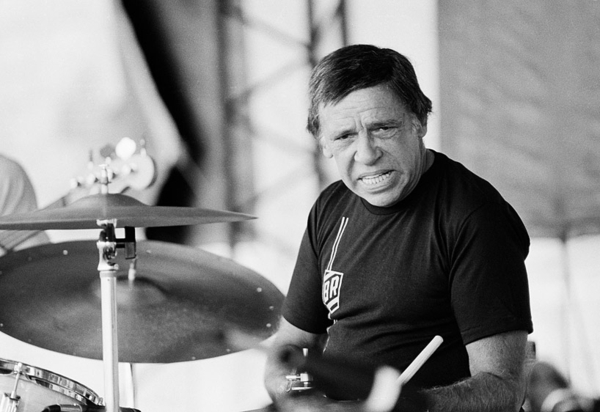 Buddy Rich is a drummer and known as one of the most prestigious jazz musician and known for his skills, speed and techniques. His smooth execution in playing style is considered as “holy grail” in drum playing and considered by many to be nearly impossible to duplicate. As a skilled “match-grip” player, he is one of the few to master the difficult technique of performing one-handed rolls with both hands. Crossover riffs are one of his spectacular moves, where he criss-crosses both arms from a drum to another, sometimes under the arm and over the arm at mind-boggling speed.