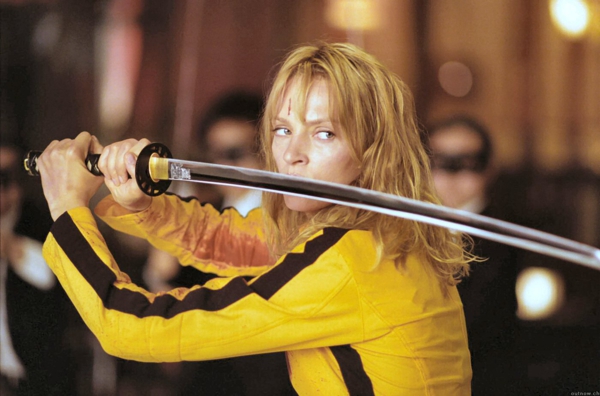 In Kill Bill film series, Uma Thurman played as Beatrix Kiddo, a former member of a shadowy group of assassins led by Bill (David Carradines). Kiddo is a skilled swordswoman and kung fu master; also the only member of the Vipers who learns a forbidden technique called “Five Point Palm Exploding Heart Technique”. The technique causes the opponent’s heart to explode after taking five steps and she use it to kill Bill in the final showdown of the series. In Kill Bill films, Kiddo is described as vengeful individual who ruthlessly kill her enemies while taking a ridiculous amount of beating.