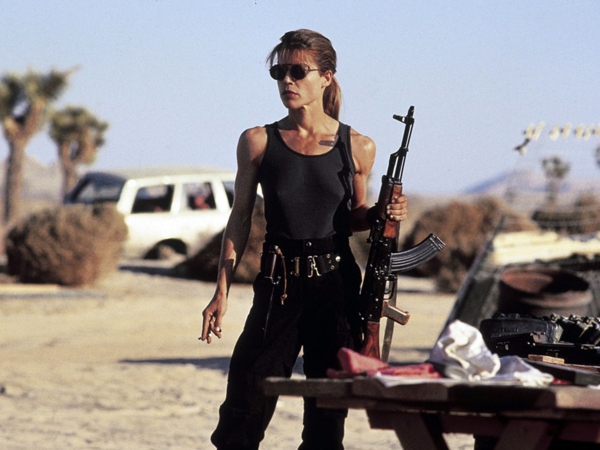 In the Terminator film series, Sarah Connor is the mother of John Connor, the leader of human resistance against Skynet and a young waitress who is pursued by a machine from the future. In the Terminator II, Linda played a much more ferocious Sarah Connor, in contrast to the timid, mousy character of the original film. When she attempts to murder a computer researcher who builds the highly advanced chip for the Skynet, she is confronted with the fact that she becomes a “Terminator” herself. In the original timeline, she is an important member of the resistance after Skynet triggers a massive, cataclysmic nuclear war among human, but the Terminator III used an alternate version where she died of Leukemia.