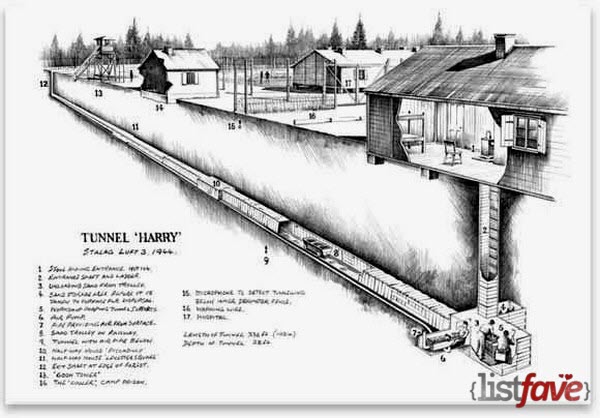 Per Bergsland (Norway), Jens Müller (Norway) and Bram van der Stok (Netherlands) escaped to Britain from their Nazi-occupied homeland and served various fighter squadrons in RAF. They were shot down in separate occasions and parachuted over enemy territory. During the “Great Escape”, they were among 76 POWs who escaped from the Stalag Luft III. Bergsland and Muller reached Sweden by various means and finally stayed in Canada. Van der Stok reached Gibraltar through Spain and rejoined the RAF. He survived the war and shot down two German planes throughout WWII. 73 other escapees were recaptured and 50 of them were executed.