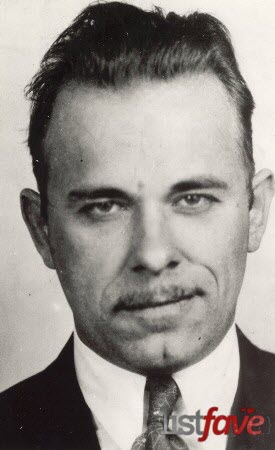 After robbing a bank in Bluffton, Ohio; Dillinger was arrested and brought to the Allen County jail in Lima, Ohio. Four days after his capture, a group of men impersonated as Indiana State Police officers came to extradite Dillinger to Indiana. When Jess Herber (a local sheriff) asked for documents and credentials, one of the impostors shot him dead and Dillinger was released from his cell. Herber would be the first lawman killed out of an estimated of 13 policemen slain by the gang members. Dillinger was eventually shot by three agents on July 1934 and his body was displayed at the Cook County morgue.