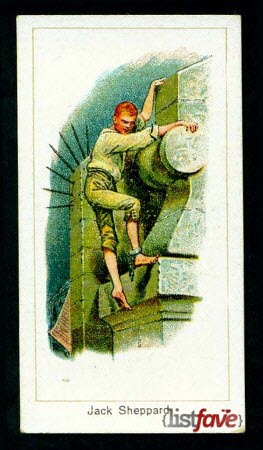 Jack Sheppard was a notable English burglar and thief in early 18th century. His first prison break attempt was through a timber ceiling and Shepard lowered himself to the ground with knotted bedclothes. In his second prison attempt, Shepard and two companions removed the metal bars from the cell windows.

Shepard’s fame increased among the London population with each escape and briefly after his fourth capture, he even confidently showed to the gaolers; how he can free himself from a horse padlock using a small nail. Sheppard was executed in front of 200,000 London populations.