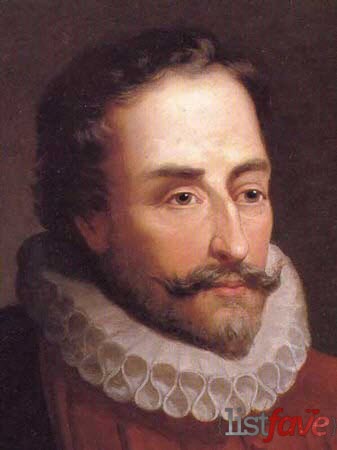 Miguel de Cervantes Saavedra was a Spanish playwright, poet and novelist. He wrote Don Quixote, which is considered today as the earliest European modern novel. His contribution to the Spanish language was so extensive that it was called the Language of Cervantes. In his 20’s, Cervantes served in the Spanish Navy as a marine and took part in the great naval battle of Lepanto with distinction.
After spending six months in hospital for severe battle injuries, Cervantes rejoined the Spanish Navy and participated in various expedition and battles in Tunis, La Goulette, Navarino and Corfu. In September 1575, Cervantes’s galley, the “Sol” was ambushed by Algerian pirates and many crews were taken captive. He spent five years as slave in Algiers before returning to Spain. Cervantes’ experiences in combat and captivity influenced Don Quixote and a number of his plays significantly.

3 Mins read
2. Rebecca – Daphne du Maurier This is the tale of an innocent bride who finds her life blighted by the suspicious…
Art & Literature

3 Mins read
2. Lying There are a few ways to tell if someone is lying. Firstly, if someone struggles to keep eye contact with…