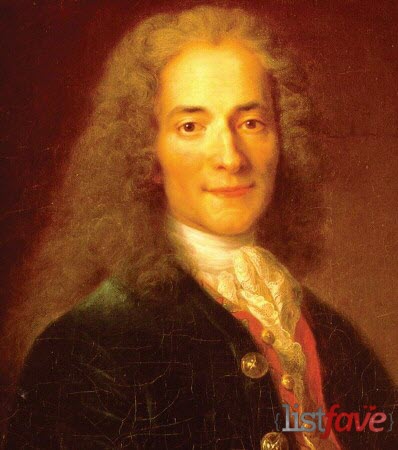 Voltaire or Francois Marie Arouet was a French philosopher, historian and writer; who released more than 2000 pamphlets and books and 20,000 letters. He advocated for separation of state and church, free trade, freedom of expression and freedom of religion. Despite harsh penalties for those who break strict censorship, Voltaire was known as an outspoken supporter for significant social reform.
His energetic literary attacks on the Church and the government caused him trouble, which resulted in numerous exiles and imprisonment. In 1717, Voltaire wrote satirical verses about the Philippe II, Duke of Orleans, which led to him being arrested and imprisoned for nearly one year in Bastille. While he was there, Voltaire wrote Œdipe, which established his reputation as an “Enlightenment” writer.

3 Mins read
1. The Notebook – Nicholas Sparks It begins with Noah, an old man, reading to a woman in a nursing home. He…
Art & Literature

3 Mins read
1. Posture Standing or sitting up straight and keeping regular eye contact and indicate that a person has confidence. If they sit…