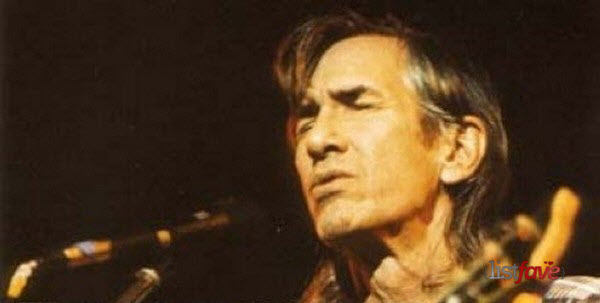 John Townes Van Zandt was an American poet, performer, songwriter and singer in Texas Country-folk. His songs are considered standard in the genre, including “To Live is to Fly” and If I Needed You”. Van Zandt was considered a cult musician when he alive, with a small, devoted fan base. Unfortunately, Van Zandt never had a commercially successful single or album. Despite his skill and talents, the bulk of his career was spent playing in various bars. Van Zandt was also notorious for his mental problems, alcoholism and drug addictions.