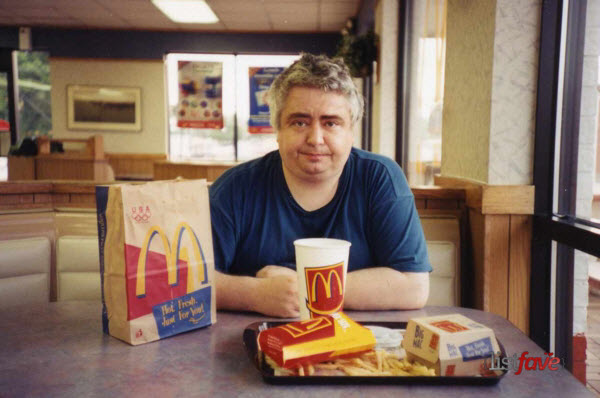 Daniel Dale Johnston is an American artist, musician, songwriter and singer, who became the subject of a documentary, “The Devil and Daniel Johnston”. Johnston began to gain recognition when the lead singer of Nirvana, Kurt Cobain was frequently spotted wearing a T-shirt with Johnston’s album cover. Bidding war to recruit him ensued although he was interned in a mental hospital at the time. He refused to sign a deal with Elektra Records, because Metallica is also signed with the label, believing that the band members were possessed by Satan. He also fired his manager, believed that he was too controlled by Satan.