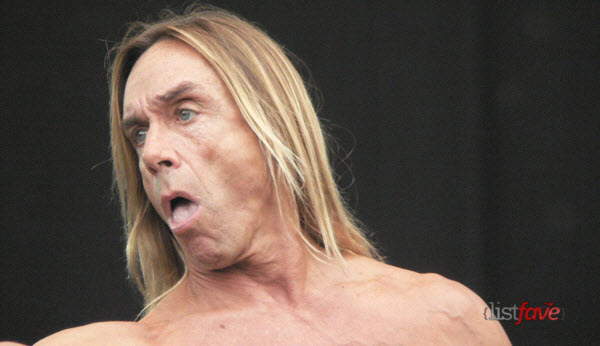 Iggy Pop or James Newell Osterberg Jr. is an American singer from Muskegon, Michigan and considered as an innovator of the punk rock music. He joined The Stooges as the lead singer, a pioneering band in late 1960’s, which was very influential in the development of punk rock and heavy metal. Iggy was infamous for his live performances style; he threw raw meat to the crowd, cut himself with broken bottles and rubbed peanut butter over his chest.