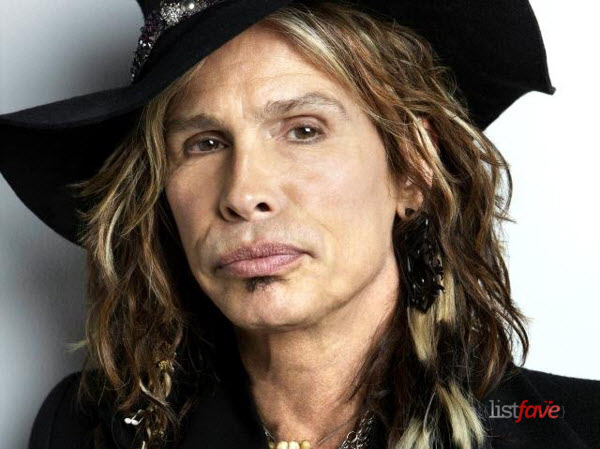 Steven Tyler or Stephen Victor Tallarico is an American rock star from New York and best known as the lead singer of the famous rock band, Aerosmith. He is known for strong voice, energy and attractive performances. He is nicknamed Demon of Screamin’ and regularly included in many list of popular rock vocalists. Despite Tyler’s less than appealing face, her daughter Liv Tyler is known for her elegance and attractive appearance, especially during her role as Arwen Evenstar in the Lords of the Ring trilogy.