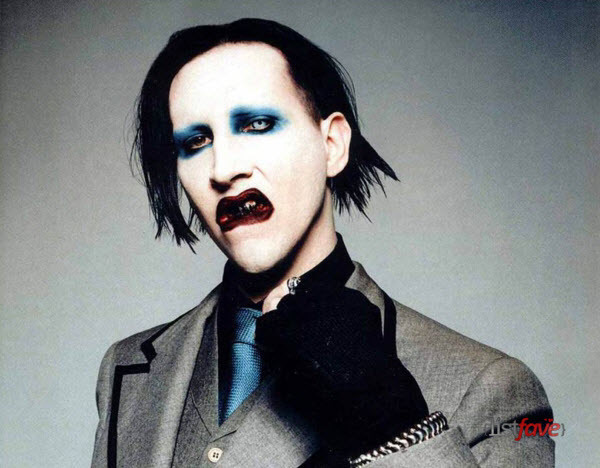 Marilyn Manson or Brian Hugh Warner is an American filmmaker, painter, writer, actor, composer and singer from Canton, Ohio. He is known his controversial personality and appearance as the vocalist of the industrial rock band, Marilyn Manson. His stage name is a combination of the actress, Marilyn Monroe and a convicted murderer, Charles Manson.