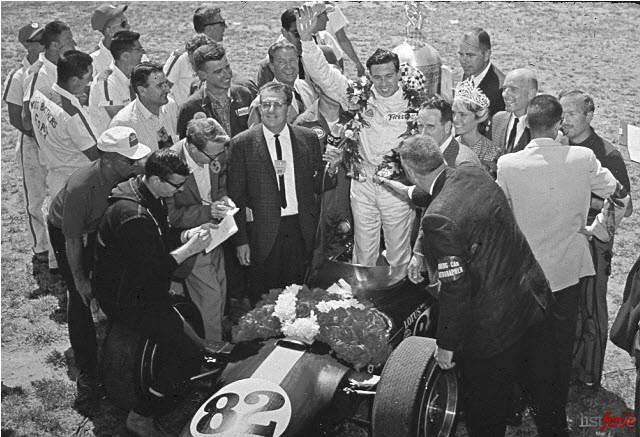 Despite only having won two World Championships it is only fitting that Jim Clark is on this list. At the time of his death in 1968 he had won more races than any other driver in history and is still placed highly on almost every Formula 1 record almost 50 years later.